China is definitely not on most travel itineraries for travelers that are after a beach vacation, but that does mean you can’t find good beaches in China.

China’s continentaal coastline is almost 18,000 kilometers long. There are a number of good beaches that you can visit, but the most popular beaches in China are the beaches at Sanya, Xiamen, Putuo Island, Beidahe, and Beihai.

Hainan Island still reigns supreme as China’s best beach area. It is often referred to as the Oriental Hawaii of China because of its fine white sand beaches and beautiful blue water. Sanya is popular for its hot springs and mountain scenery.

Yalong Bay has the best beach in China, but we would advise against going to the public beach, which is often dirty and overcrowded. Spend your money on a hotel that has its own private beach and you’ll get more bang for your buck. There are many international hotel groups in Yalong Bay offering four- and five-star accommodations.

The beautiful scenery on Wuzhizhou Island resembles the Maldives, and it’s for this reason that the island is referred to as the Maldives of China. It’s also a top commercial diving spot with a spectacular underwater world with visibility down to 90 feet. Wuzhizhou also offers excellent surfing and  flat, white sand beaches. If you want to dive, make sure you get there early to avoid long line-ups.

Tianua Haijiao is home to one of the most romantic beaches in China. It’s also one of the busiest beaches on Sanya because it is a must-see attraction for many new Chinese couples.

It is also considered to be the southernmost tip of China. The beach park features a fantastic beach that is studded with large, grotesquely shaped stones that are featured prominently in many local Chinese legends.

The Beaches of Xiamen

Gulangyu Island’s Gulangyu Beach is often referred to as the “Garden on the Sea” because of its numerous historical sites, well kept buildings, and beautiful scenery. This tourist island off the southeast coast of Xiamen offers many natural bathing beaches with fine sandy beaches and gentle waters.

Gulangyu is also home to over 600 pianos, and it is sometimes called “Piano Island” because of its reputation for musical appreciation.

Rich in romantic beaches and religious culture, Putuo Island offers two famous beaches where you chase the tranquil call of the ocean.

Putuo Island is about a 150 kilometers southwest of Shanghai. There are many beaches on the island, but Hundred Step Beach and Thousand Step Beach are its two most famous beaches. 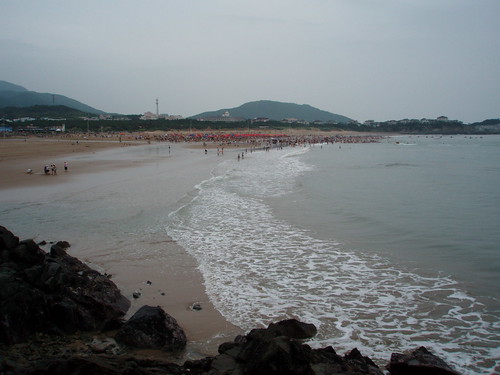 A coastal city just a few hours away from Shanghai, Ningbo lies to the south of the Yangtze River delta and faces the East China Sea. Its 550  kilometer coastline offers a number of different scenic seascapes to escape to. 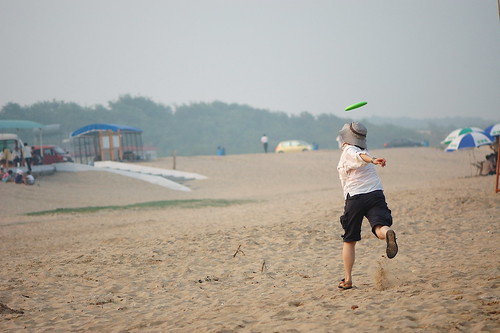 Beidaihe is just a few hours from Beijing and it has been the top summer resort area for China’s rulers for many years. Mao Zedong and Deng Xiaoping have both vacationed here, and the area is also extremely popular amongst Russian tourists.

Located south of Qinhuangdao City in Hebei Provice, the area is also well known for its excellent seafood restaurants and ice-cold beer. Be

Silver Beach in Beihei looks almost silver in the sunshine because of its fine white sand.  Its extensive beach offers clean waters and gentle waves, and it’s safe and free of sharks. 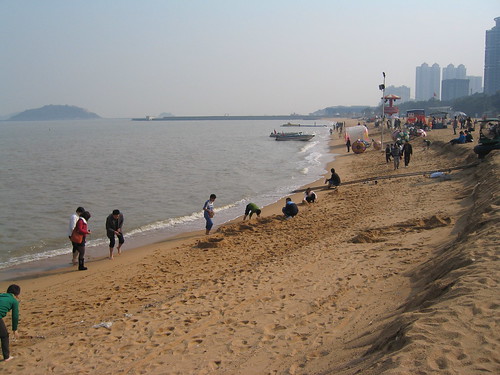 Zhuhai is a pretty little coastal town in southern Guangdong Province that is well known for its beautiful beaches. It’s also home to a number of islands just off its coastline, all of which offer clean sandy beaches.

One of Zhuhai’s best beaches, Golden Beach gets its name from its sandy golden beaches, which are a unique feature of the area.

A famous sea port city in Shandong Province that is known for its beer and old concession villas, Qingdao is also a popular beach town that draws millions of beach lovers to its shores each year.

No. 1 Bathing Beach is the most popular beach in Qingdao. Shilaoren Beach and Golden Beach are also popular with beach vacationers.

Rizhao  Beach faces Korea and Japan in the east and it is located on the coastline of the Yellow Sea.

Another coastal city in China that is famous for its beaches, Dalian is home to numerous beaches. It is the southernmost city of northeast China.

Fujiazhuang Beach is known for its 550-meter stretch of golden sands, and it is Dalian’s most famous beach. There are many reefs, islands, and forests nearby to explore.